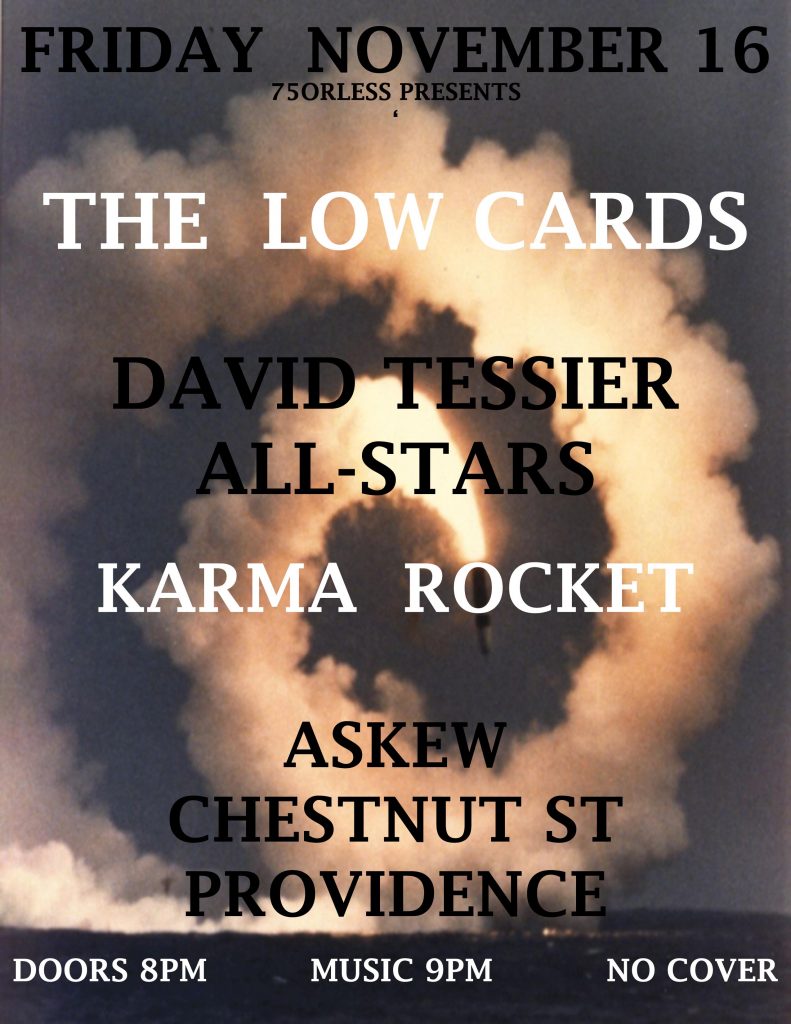 I first saw David Tessier and his backing band when they staged a production of the rock opera Hedwig and The Angry Inch. Since then they’ve done everything from tackling Jesus Christ Superstar to doing a run of shows as a Monkees cover band. On Dreams in Hyperspace, Tessier and his band, The All-Stars Stars, move somewhere between and intergalactic hybrid of Radiohead meets E.L.O. with a nod to ’70s Pink Floyd. Dreams in Hyperspace has a lost-in-space concept feel, but I guess hence the title, right? “The Good Afternoons” reminds me of Pink Floyd meets Spacehog. “Hey Mary” starts like Radiohead’s “Creep” before blasting off into something more operatic, which was how E.L.O. came to mind. The instrumentals between songs serve to move the narration of long and can vary from old school video game vibes (“The Dream Begins”) to spacey noise (“The Colder Still”). The closing “Edge of Contact” wraps on the story where unlike Ziggy Stardust, Tessier and The All-Stars Stars seem to find a home in space.

State Of The Art: Rhode Island’s THE LOW CARDS

Hailing from Providence, Rhode Island, The Low Cards are a bluesy, swamp-rock three piece band led by frontman, singer/songwriter/guitarist Dan Baker. Baker has been writing music himself for some time; he has three solo albums where his first was released back in 2008. The Low Cards came to be when Baker joined up with bassist Brian Jablonski, who actually plays an upright bass, and drummer Matt Slobogan. Their debut, self-titled album dropped on November 29, 2017 and was recorded entirely live at Machines with Magnets in Pawtucket, RI. They did this with the intention to capture the raw intensity of their sound, and boy did they ever accomplish that. The audio was mastered together by West West Side Music out of New Windsor, New York. At first glance, The Low Cards have some musical resemblance to The Black Keys and in one track off the record I’m pretty sure they really wanted to be Johnny Cash, but the more you listen, the more you realize that these guys have a genuine sound of their own that I can’t seem to get enough of.

Baker’s lyrics, for the most part, focus on life and death. He’s a great storyteller about life and seemingly welcomes the idea of death. Being from a small town myself, his words and stories definitely hit home. For example, the first track, “Townie” is about just that; being born, raised, and dying in a small town. Baker does not hold back with his vocals. You can feel the emotion and inflection he uses to create his own sound, and when the rest of the band kicks in you know you’re in for something special. The second track, “Closer” is kind of like nothing I’ve ever heard before. The goofy guitar riff paired with the perfectly timed accent of Slobogan’s cowbell give this song the feeling of what you would expect to go along with a circus act. However, the lyrics go way deeper than that, as Baker talks about putting your ego aside and coming to grips with the nature of reality. I don’t want to focus too much on the individual tracks in this article, so I’ll leave that with what is probably my favorite line on the album. The third track and first single, “Suffer”, Baker says, “I don’t care if there ain’t no god. Though you might find it odd. I do suffer.” Between the context and the way he sings it, this part is just simply badass. The only problem with this band is their following is so small that it’s hard to find much information about them. They seem to tour rather locally around Rhode Island, which is ironic that a band with such a small notoriety is playing in a state smaller than most counties. They definitely deserve some publicity, which is the whole reason I’m doing this article. Hopefully we’ll see them grow and put out more music in the near future.